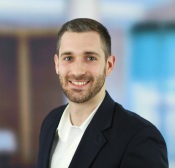 SAFe version 4.5 was released on 6/21, and I’ve been excited to dig in and see the changes.  Check out the official site for more details on change.  Here are some of the changes I’m most excited to see. 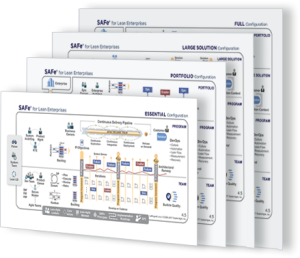 The SAFe 4.0 Big Picture can be overwhelming, especially when expanding to 4 levels.  SAFe has made 4 different views of the Big Picture that limit the focus of the model, depending on the organization’s need.

Part of this change gives better guidance to organizations on how to adopt subsets of the full Big Picture.  With this change, SAFe has adopted some of the lean agile mindset to the process of adopting SAFe – start with an MVP, and build Features on top of that as needed.

This isn’t 100% new in 4.5 – the implantation roadmap did exist in 4.0 as well. However, the Roadmap has replaced the implementing 123 article on the Big Picture.

SAFe has recognized that there’s more to implementing a successful SAFe environment than simply training all the relevant people involved.

There’s a specific emphasis in the new roadmap on identifying Value Streams and creating ARTs within the Value Streams – a hugely important factor to get right up front.  ARTs aren’t particularly helpful if they aren’t properly aligned with a value stream.  Either you have multiple value streams within an ART, which weakens the power of an ART, and creates a divide.  Or you could have an ART where the value stream actually cuts across multiple portfolios, which creates a huge mess.  Getting this right up front saves a huge amount of time and frustration for the teams and programs, so it’s great that SAFe has baked this into the implementation guidelines.

This is one of my personal favorite changes to the SAFe model.  SAFe has tied the lean startup model directly across the Portfolio and Program layer.  This emphasizes one of the underlying principles of Agile – build lean, release, and only build more features if the MVP is worth building upon.

It also clarifies that work continues on the MVP until the tradeoffs suggest working on something else more valuable.

SAFe has recognized that to release lots of MVPs, you need to have the Continuous Delivery Pipeline and Dev Ops to support it.   SAFe explicitly calls out both of these on the big picture to emphasize the importance.

SAFe has added an Agile version of Compliance to the Big Picture.  Compliance often lives in a Waterfall world, clashing with IT efforts to run Agile.

This is a great first step, and I hope that SAFe will look into other regulations that large enterprises face that often run in Waterfall, such as legal reviews.

The SPC has been added to the Big Picture.  SAFe is recognizing the need for additional help beyond the existing roles to help stand up and perpetuate a successful SAFe implementation.

I would encourage organizations to be careful about falling into the “Certification Trap.”  While a few of the training activities require an SPC to deliver, the majority of the SPC responsibilities can be executed by an experienced non-SPC coach.

The two major themes in SAFe 4.5 are an emphasis on experimentation through the Lean Startup Mentality and creating new tools that make SAFe itself scalable depending on the size and needs of the organization.  SAFe has leaned itself down as small as the Essential SAFe level.

Organizations that are considering SAFe can now combine these two mentalities in their adoption of SAFe.  They can start small and lean with an MVP of Essential SAFe, and evaluate the experiment.  If it works well, they can add new features to a larger version of SAFe, or abandon the experiment entirely.

With SAFe 4.5, I hope that organizations are now able to take these lean, experimental ideas not just into their software development, but also into their own adoption or expansion of SAFe.